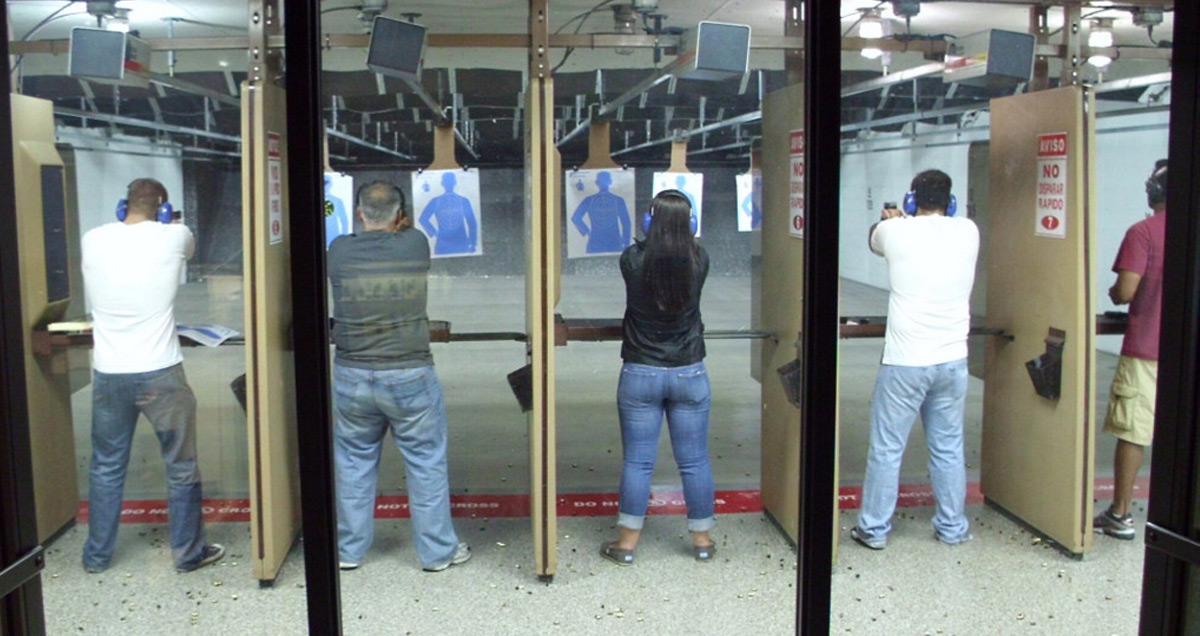 Plenty of gun enthusiasts have been to ranges where there was someone else there was being selfish, stupid, or downright unsafe. Guns are not toys; we must practice gun range etiquette not just as a kindness to others but also to keep everyone safe.

Today we’ve gathered up some essential tips to help both you (and those around you) have a safe, pleasant experience at the range without giving anyone cause for complaint.

While good advice in general, if you’re going to a gun range, you had better nail down your gun safety basics.

Never point a gun in an unsafe direction, even if it is unloaded. Additionally, maintain good trigger discipline. As a rule, you should not be touching the trigger unless you intend to fire a weapon within twelve seconds or so.

This is a simple tip but ignoring it may be the number one cause of accidental shootings. Guns don’t shoot people for no reason; human error is what causes dangerous, even fatal accidents.

Gun ranges for beginners can be somewhat confusing places. Even if you know you have to be safe and courteous, it may be hard to know how to do that if you haven’t visited many ranges.

Get informed about the range you’re going to. Read up on their rules and policies. If you have any questions, ask the people in charge for clarification.

There’s no shame in being new but it does mean you owe it to yourself and others to get informed about how ranges work. Guns can be dangerous and you should know how to (and how not to) handle them around other shooters.

Tip 3: Shoot Only Where Appropriate

Ranges are designed in such a way that shooting is made safe so long as you fire as intended. Most ranges have a specific, designated firing line that will be the only place you should fire from. You should then only fire at targets intended for someone firing from that position.

While important everywhere, this is critical outdoor gun range etiquette. Firing at things in the air or ground can be far more dangerous than many realize. Even firing at other people’s targets, in addition to being rude, cause bullets to have trajectories the range isn’t designed for.

It also bears mentioning you should never fire at animals you see downrange. In addition to being often being illegal, doing so could very well get you permanently barred from the range.

This is somewhat linked to our first tip, but is a mistake even more frequent range-goers can make because it happens less often. If your weapon misfires or you fire a weapon with unexpected recoil, keep calm.

Too often, people panic and may drop their weapons or swing them so they point in a dangerous manner. They may even tense up themselves, risking a second trigger pull.

We understand accidental discharges are rare if a weapon is dropped (although dropping a gun may still damage it). However, pulling the trigger again, intentionally or otherwise, can carry serious consequences depending on the nature of your misfire or where your gun is pointed.

If your gun misfires, first freeze so as not to make an error. Then, try to diagnose the issue. Do not fire the weapon again until the issue has been identified and fixed.

Tip 5: Do Not Distract Other Shooters

Shooting while distracted is dangerous. While some people may talk at ranges, this isn’t really what they’re for. Ranges are meant to be safe places to fire weapons, not locales for water cooler talk.

This isn’t to say you should never talk. It may be necessary to talk to a range master, inform people you are with about a weapon or what you intend for the day, or give out important information. However, as a rule, don’t have a casual conversation if you or the one you’re talking to has a loaded weapon in hand.

We also recommend avoiding overtly political or otherwise controversial topics. With ear protection in, it can be hard to gauge your volume and others may find what you’re saying annoying or distracting. Many go to the range to relax and it is a courteous habit to avoid saying things that may put people off, whether it affects their shooting or not.

Technically speaking, more or less any range needs to follow local laws and regulations. In theory, these rules mean you should be able to rely on a range to be safe. In practice, some ranges are better at following the rules than others.

While it may be “fun” to break rules related to guns, those rules exist for a reason. A range that doesn’t follow the rules, be it on purpose or due to poor design, is a danger to you and others.

At the Texas Gun Club, we offer a number of options for shooters to safely fire weapons in a variety of setups. We can accommodate large calibers so long we are given advanced enough notice to ensure the safety of you and others at the range. Shooting can be fun and safe.

When most people think of “etiquette” they think of being polite. When it comes to gun range etiquette, the focus is more on safety. You should be polite to other shooters but endangering yourself or others is a far worse discourtesy than traditional rudeness.

If you found this advice helpful and would like to see what else we can offer, why not visit our store? Alternatively, you can explore more of our site to see the training programs, events, and more that our expert staff run for shooters both new and experienced.