How Can You Get a License to Carry, Texas? 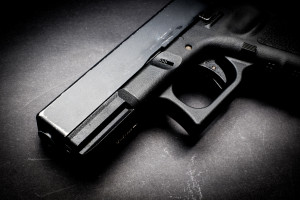 Due to recent changes in the law, the state of Texas will no longer require individuals to get a license to carry. And this isn’t new. In fact, Texas will be the 21st state to allow for unpermitted open carry of a handgun.

Of course, this comes with limitations and regulations, and not just anyone can carry a handgun anywhere they want. And a license to carry Texas class may still be a good idea, even if it’s not required.

Want to know the details of unpermitted open carry in Texas? Want to know how to get a Texas license to carry, even if you don’t need it? Keep reading to find out now.

Before diving into the requirements for obtaining a license to carry firearms, let’s share an overview of the Texas firearm laws.

Up until September 1, 2021, Texas residents were able to acquire a license to carry, which allowed residents over the age of 21 to openly carry a handgun on their person. This is otherwise known as unlicensed carry, permitless carry, or Constitutional carry.

This is different from CPL, or a concealed pistol license, which allows for the discreet carrying of a handgun, after extensive training.

There are no restrictions on carrying a long gun, and no license is needed to do so. There is, however, a list of places where carrying a gun of any type is prohibited.

Who can Carry a Handgun?

Now that a license to carry is no longer necessary, can anyone carry a handgun openly?

Those who carry handguns in public need to be over 21 years of age. They also need to be legally allowed to purchase a firearm. This means individuals with a clean criminal record as well as those who aren’t dependent on any chemicals. And if you are disqualified from obtaining a handgun under federal law, you won’t be allowed to carry one.

There are certain places in Texas where firearms are never allowed, whether you have a license to carry or not.

These include polling places when voting is happening or a public government-sponsored meeting. It can also include schools and college campuses during sporting or scholastic events. And the restriction also applies to racetracks, correctional facilities, airport terminals, amusement parks, and bars.

Private property owners can also prohibit the carry of firearms on their property, even places that are open to the public. Notices are often displayed on physical signage and must be followed. Those who ignore these notices can face criminal charges.

When carrying a handgun in public, it must always be holstered. You aren’t allowed to walk around with a gun in hand. There are a variety of legal holster options, including waist holsters, as well as those on the thigh, ankle, chest, or other locations.

Why Get a License to Carry Texas

With the new law change taking effect on September 1, 2021, can you still get a license to carry? Yes, and it’s probably a good idea to do so.

For new firearm owners, taking a license to carry class will teach you important safety rules regarding the use and ownership of a handgun. It will provide you with the knowledge needed for responsible firearm ownership, and it will encourage safe habits when practicing shooting, transporting, and holstering your gun.

On top of that, obtaining a license to carry is useful when traveling out of state. Since many states still do not allow unpermitted carry, you would need a license in order to carry in these states. Most states allow for reciprocal agreements, meaning that a license in one state is valid in others.

For this reason alone, it makes sense to take the course and receive your license.

How to Get a License to Carry in Texas

If you’ve decided to pursue your license to carry, there are a few steps you’ll need to take. But once it’s done, it’s done and you won’t have to worry about it again in the future.

Not everyone can get a license to carry. You need to be at least 21 years of age, or 18 if in the military or if you’ve been honorably discharged.

In order to get a Texas license, you must be a resident of the state. And you can’t have any felonies or criminal history, nor can you be chemically dependent.

There are a few other eligibility requirements. But in general, if you are legally allowed to purchase a firearm, then you get a license to carry.

You can submit your application for your LTC online with the DPS. The application will include personal information as well as previous residency information.

Upon completion of your online application, you’ll be given the opportunity to schedule your fingerprint appointment. Make sure to schedule an appointment right away. There are plenty of offices around Texas, making it easy to find one near you.

Once your fingerprints have been submitted, you can sign up for, and attend a qualifying LTC class. Classes typically run between four and six hours long.

The class includes useful lecture content, a written test, and hands-on range time to display your firearm adequacy. The class is designed for those who are familiar with operating firearms. You won’t learn how to shoot a firearm.

Many ranges, such as here at Texas Gun Club, offer 101 classes for those looking at how to use a gun for the first time.

Once you complete the LTC class, you’ll receive a certificate of completion. This is the last form that needs to be submitted to the DSP. You have up to a year to submit the form. Once you do this, you’ll receive your license to carry.

The license to carry Texas residents need will provide important knowledge and safety tips to make you a more responsible firearm owner. Plus, it will give you the flexibility to carry in other states, as well.

There’s no reason not to take the course and receive the license, even if it isn’t expressly required.

You can receive a discount on our LTC course, as well as other courses that we offer, by becoming a range member. You’ll also get access to our state-of-the-art range facilities and discounts on rentals and other benefits.

So what are you waiting for? Schedule your LTC course or become a range member today.