The Different Parts of a Handgun: The Complete Guide 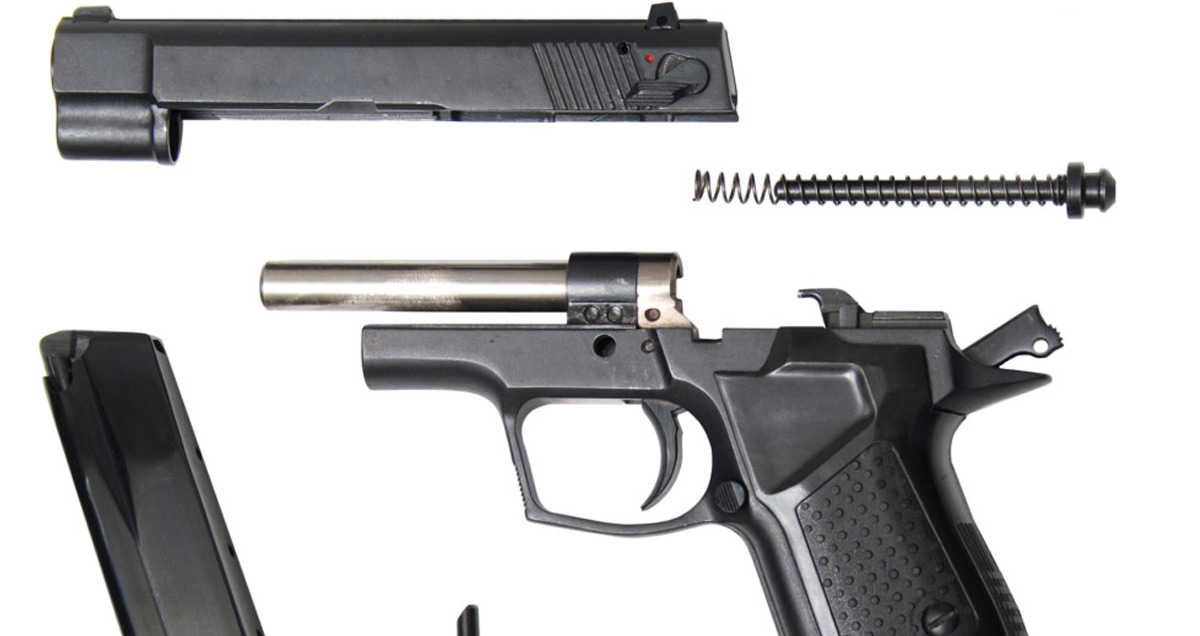 In order to become as resourceful with a handgun as you want to be, you need to first understand the secrets behind its design.

Maybe you’ve never used a handgun before and aren’t too familiar with firearms, to begin with. Perhaps you’ve been using them for a while but never took the time to learn about the specific pieces.

Whatever the case might be, educating yourself is a very important piece of providing safety for yourself and those around you.

Here is an in-depth guide about the different parts of a handgun, as well as the different types. Consider all of these pieces in your preferred handgun type.

Parts of a Revolver

A handgun is exactly as the name implies: a firearm that you use by holding it with one or two hands, rather than against the shoulder (like a rifle or shotgun).

However, what you may not know is that there are three different types that fit the handgun category.

Handguns can either be classified as revolvers, pistols, or muzzleloaders. However, not many people use muzzleloaders in today.

Revolvers are the types of handguns that many people know from cowboys and western movies. It has its ammo stored via a series of revolving chambers.

Many people prefer revolvers because a) it makes you feel like a badass, b) they are a bit more old-school and c) they allow you to fire several rounds in succession without reloading.

See below for the different parts of a revolver handgun and the role they play in the firearm itself.

Even the most inexperienced of firearm users know what the barrel of a gun does. It is the metal tube that gives the bullet a path.

It also provides a contained environment for the bullet initially, so that the gases shoot the bullet out when the gun powder is kindled.

Without the barrel, your bullet wouldn’t get very far. The barrel is essential for ensuring an accurate and powerful shot every single time you pull the trigger.

The parts of a gun are standard, but their importance bears repeating. On a revolver, you’ll notice both the trigger, as well as the trigger guard, which is a curved item surrounding your trigger.

Obviously, your trigger is the part of your handgun that you press when you’d like to shoot.

The trigger guard is in place to make sure you don’t accidentally shoot your gun by pressing the trigger by mistake.

While you’ve probably never thought about it, the proper grip on a handgun is essential.

It ensures that you are able to maintain as steady a hand as possible while you aim and shoot at your target. The grip also helps you keep proper hold of the gun through the recoil of firing it.

The grip might very well be the most underappreciated piece of your handgun. It gives you comfort and dexterity with your shot.

This is the most individualistic piece of a revolver handgun, both mechanically and aesthetically.

The revolver is the only handgun type that loads ammo via a cylinder cartridge. It has a series of chambers (of which depend on the size of the revolver) that holds one bullet each.

Your revolver’s cylinder lines up the bullet with the gun’s barrel to ensure a straight shot when the gun powder is ignited.

These two pieces go hand in hand because they work so closely together when you pull the trigger.

The firing pin is responsible for all the scientific reactions that occur in order to shoot a bullet at such a high speed.

Meanwhile, the hammer is what makes contact with your gun’s firing pin in order to push it towards the primer. That’s when the ignition happens.

Parts of a Pistol

A pistol is the most modern type of a handgun and is the type of gun you see in shows like CSI, Criminal Minds, and any other law enforcement show.

The pistol has many of the same pieces that a revolver does, but with a few more additions. See below for the additional parts that a pistol contains.

Even if you’ve never had previous experience with a gun, you’ve probably heard this term once or twice.

A pistol’s magazine is what holds the cartridges until they’re placed in the gun and ready to be fired.

The magazine well, or magwell for short, is what locks your gun’s magazine into place, giving that “clicking” sound that gun enthusiasts go crazy for.

It’s also the part of your gun that discharges the empty case of the ammunition that was fired.

Your guns receiver does exactly what you think it might, it receives the ammunition and preps it for firing.

It’s the area of your pistol that holds the firing mechanisms, action, hammer, and firing pin.

Know the Role the Parts of a Handgun Play

Now that you’ve seen some of the key parts of a handgun, it’s clear that you should handle them each with caution.

For more inquiries, please feel free to reach out via our contact us page and we’ll be happy to assist you further.