Why It Is Important to Learn How to Use a Gun 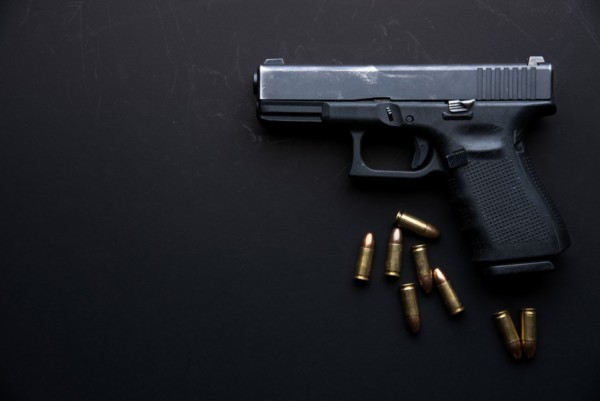 Gun ownership is a fundamental right of any American.

The ability to bear arms is written into the foundation of the country itself! 30% of Americans have at least one of them in their homes.

However, there’s a mighty difference between owning a gun and knowing how to use it.

Almost anyone can point a gun and pull the trigger. Though there’s far more to being a safe and proficient gun owner than that. After all, they are lethal weapons!

This reality means that learning how to use a gun properly can literally be a matter of life and death.

Are you new to the world of gun ownership? Do you want to know more about the importance of educating yourself on its proper use?

Keep reading for 5 key reasons for learning how to use a gun is essential.

Knowing how to use your gun is the key to its safe handling.

You only have to look at the number of tragic accidents that happen around the country to understand why this is important.

For example, between 2006 and 2016, almost 6,900 Americans died because of unintentional shootings. That’s right, that’s just under 7,000 people who lost their lives for no reason.

Of course, each situation is different. It’s almost guaranteed, though, that a common thread among those tragedies is a lack of adequate gun safety and awareness.

Keep in mind that these accidents affect more than just the victim, too.

They have a fundamental impact on everyone who owns and handles their weapons responsibly around the country.

We live in a time where gun ownership is becoming a contentious topic. Lawmakers and activists are trying to regulate against it.

Every single accidental shooting at the hands of a careless and/or uneducated individual provides fuel for their argument.

Thus, learning how to handle a gun properly is paramount. It helps to prevent both unnecessary deaths and to ensure our right to bear arms remains in place.

2. Because It Helps You Shoot Better

Education and practice are at the heart of improving in any endeavor.

Well, for the same reason, you can never expect to become a quality shooter without learning how to use the gun first. It’s an essential component of mastering this art.

Your reasons for owning a gun don’t matter here. Hunters, sports shooters, and even people who just want to feel safer at home all benefit from gun education and practice.

There’s very little point having a gun if you can’t hit a target.

Let’s not forget the importance of being able to hit that target we just mentioned.

We live in tumultuous times.

Shootings, terrorist acts, and rates of violence are all on the rise. The ability to protect yourself is becoming a greater priority for people around the country.

The nature of an emergency is that you rarely know when they will strike.

In the same way, you never know when you might need to fire your weapon. Imagine your family being in danger, your property coming under threat, or your own welfare being on the line. Do you really want any doubt in your mind about your ability to shoot and hit your target?

The only way to guarantee proficiency in that endeavor is to learn the craft and practice it with diligence. Learn how to shoot so you can protect the people you love most in life.

4. Because Gun Education Is Fun

On a lighter note, learning how to shoot is a lot of fun.

Some people only have to hear the word ‘learn’ to switch off and stop listening.

We don’t blame them! It raises memories of mundane hours spent in classrooms, with stale professors droning on and on and on.

Get that idea out of your head. Taking a gun safety course, heading down to the range, and working with a trained instructor will never be dull.

Not only are the lessons themselves engaging and interactive, but the subject itself is interesting. This isn’t algebra or equations we’re talking about. It is handling, stripping, assembling, cleaning and firing a deadly weapon!

If you learn about anything, then it doesn’t get much cooler than this.

5. Because the Alternative Makes No Sense

The alternative to learning how to shoot is nonsensical.

You’ve got a weapon but don’t know how to really use it. Everything we’ve discussed so far should, hopefully, highlight why this is a dangerous situation to be in.

We totally understand how the simple act of owning a gun can be a reassurance. However, being unable to use it means this can very literally backfire. As we saw, the inability to properly handle and hold a lethal weapon in your house has very real, and often tragic consequences.

Imagine buying a pet without learning how to care for it. Eventually, you or the animal will end up in distress.

It’s Time to Learn How to Use a Gun

Tens of millions of Americans exercise their right to own a gun.

However, you can guarantee that a significant percentage of them lack the insight and aptitude to fire it effectively.

As we’ve seen, though, there’s a significant difference between owning a firearm and knowing how to use one; it’s dangerous to assume that owning a gun is enough.

With peoples’ life and safety on the line, being able to shoot can literally be a matter of life and death. Hopefully, we’ve successfully shown why it’s of paramount importance that you learn how to use a gun too.

Ready to start or continue with your education? Contact us today to learn more about how we can help.